1.      Creation of Human Body and Introduction of the Heartbeat.

The most profound discovery man has made is the connectivity of the physical and the spiritual aspects of human life.  The discovery by science, the human heart is introduced into the body six to seven weeks after conception opened up a window into this world of unknown.  In God’s program, this discovery is by divine design.

“And the Lord God formed man out of the dust of the ground, and breathed into his nostrils the breath of life; and man became a living soul.” Genesis 2:7. The relationship between the potter and the pot, best explains connectivity between the physical and spiritual aspects of human anatomy.

Connectivity of Inner and Outer Person.

Margarita has no wheel like modern potters, but she produces master pieces molding clay on dry ground.  Most importantly, she has the final mold all figured out in her mind long before her hand sets to work on the clay.

Margarita knows molding clay comes to an end at some point in time.  However, ingenuity to mold is forever present.  Ingenuity provides the ongoing process of pottering.  You only see other people as a bunch of bones in a body.  However, the process of creation began with God in the Garden of Eden.  Liken the process of molding clay into a masterpiece form of clay and you touch on the heart of the matter in explaining the source of life in human being - the Spirit.

God went one step further after molding the body.  God breathed life into the body and Adam became a living soul.  This act explains separateness and togetherness of the physical, psychological and spiritual aspects of human beings.  Separateness and togetherness also points to the origin of man's two natures.  The body was made whole, but it wasn’t complete without a soul.

The two separate acts of formation and breathing of life into the body explain the discovery of introduction of the heartbeat to the physical body by science.  Just as the physical and spiritual are separate, yet intricately connected and  function as a whole unit, so was the formation and breathing of life into Adam’s nostrils by God.   Once all Adam body parts were in place in their future full functions, God introduced life, in the form of the spirit into body.

The spirit comes to abide in the body for a time.  It isn’t bound to the body.  When the body breaks down in death, the spirit takes absence of leave to its final destination. This is the point at which faith comes into effect. It’s hard to explain human beings final destiny unless you understand the intricate connectivity of the physical, psychological and the spiritual aspects of human life. 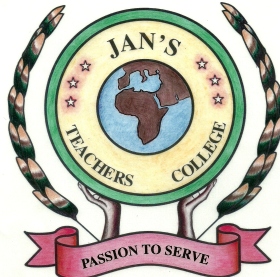